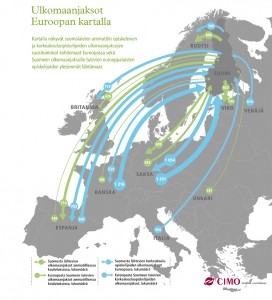 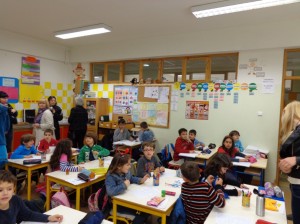 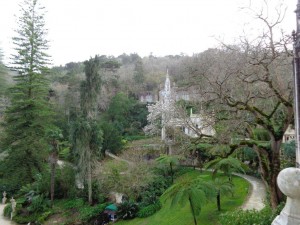 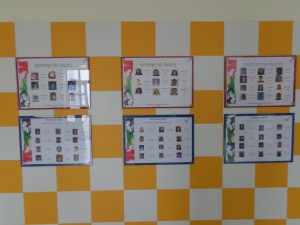 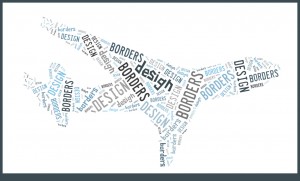 Group of ten students and four teachers visited Horizon College (Hoorn) during 23.9.2013-04.10.2014. There were two main goals for the visit. The assignment for the students was to design the visual outlook for the student company fair to be held in shopping center Forum in Jyväskylä 15-17.11.2013.

This assignment was achieved and the visual decorations were printed in Jyväskylä College after the trip. The feedback from Mr. Aki Tuikka, the Manager of Forum was very positive and as well as the feedback from the student companies and their teachers.

The aim of the teachers was to develop an optional course or module for the students of Jyväskylä College that combines the design approach of Horizon College and already existing practices in Jyväskylä College. This development work was made by to support and mentoring of the teachers of Horizon College. This course/module was developed during the visit.

Outside these tangible aims the visit also brought in the language training (Dutch) for the students and cultural activities e.g. visits in Enkhuizen and Amsterdam.

A group of twelve students and three teachers are visiting Jyväskylä College 3.-14.3.2014.

During the visit the students benchmark and participate in the lessons of different qualifications of Jyväskylä College. This benchmarking is organized through hands on activities and the students will different tasks related to designing, printing, multimedia and crafts.

Teachers are focused on the future exchange possibilities between Horizon College and Jyväskylä College. It was noticed that printing department and its workshop would offer an excellent environment for Dutch students to widen their vocational skills in designing qualification. During the visit teachers from both countries started to organize these future exchanges by comparing the curricula and deciding which specific tasks could be learned in Jyväskylä.

It was also discussed about sending Finnish students to Horizon College. The design qualification in Horizon College is suitable for many qualifications in Jyväskylä College. New ECVET system is a key element when planning these exchanges in order to make comparable assignments and learning outcomes for students. To proceed the teachers together made an action plan to follow and it was decided that first exchanges from Finland to Netherlands would take place in September 2014.

The background of Design Across Borders is the multisectoral cooperation of Jyväskylä College and Horizon College that is related to the annual event of Sensations organized by Jyväskylä College. This year the production of Sensations was the opera (Orpheus) and the Dutch students designed some visual elements for the production. Therefore one task for their visit was to attend the general rehearsal and premier of the opera to see their designing work in use.

The Dutch students also had similar language and cultural program like Finnish did in Netherlands.

Design across borders has been partly funded by LLP/Comenius funding (bilateral partnership).

More information about the project: Jussi Julin and Anni Honkala and the project blog https://blogit.gradia.fi/design/