Four weeks have gone by so fast! After today, we have only 13 days left in Malta. A week ago on Sunday we went to Mdina to see ”The Medieval Mdina Festival”. There were all kinds of stuff from the Middle Ages and we even got to see old-school torture equipment. Some people were dressed to fit the festival and we witnessed duels, archery battles and so much more. 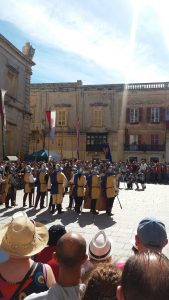 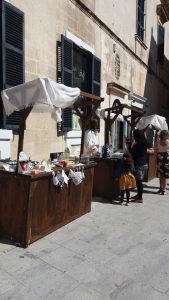 On Monday was a public holiday (May Day) so we didn’t have work. Instead we decided to travel to Blue Lagoon in Comino. We took a ferry from Ic-Cirkewwa to Blue Lagoon and after 10 minutes we arrived to our destination. It was mesmerizing to see such landscapes I’ve only seen in photos and advertisements. The water was so clean and turquoise! We stayed the whole day there exploring the island and adoring the views. 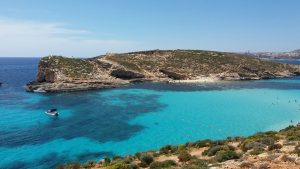 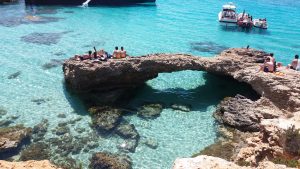 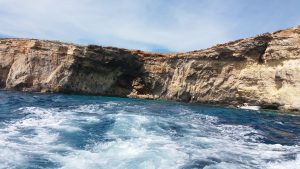 Yesterday we explored Marsaskala, which is a sea-side village in the South Eastern Region of Malta with a population of 12 00 people. Even though it’s right by the sea, it was so hot I felt like I was melting. We saw some pretty rad street art and a few abandoned houses. We also discovered a beautiful and peaceful beach there.

When we walked along the Promenade, we saw salt pans on the shore. Salt pans have been used at least for 350 years in Malta. Basically, the sea water fills the crevices in the coast line. It is left settled for eight days and then it is moved to smaller salt pans, further from the sea and in a warmer temperature. The salt starts to dry and form salt crystals. After it has dried enough, it is collected, processed, packed by hand and distributed to markets, food shops and souvenir stores. 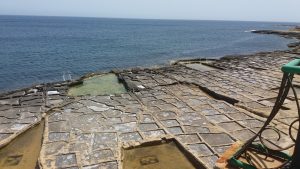 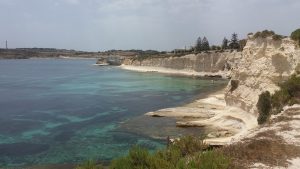 At work we have been filling in envelopes that will be given to the customers at the start of their tours. The envelopes include a feedback poll, airport policies, luggage tag and such things. It sounds easy but it’s very precise, we have to write every customers name separately on the envelope and on the feedback poll we write the tour names and dates.

Today our co-worker Isabelle brought us pieces of chocolate cake in the middle of the day! It was a cheerful surprise. On Wednesday we will go see Valletta’s branch of Britannia Tours and meet other people that work for Britannia Tours.

Have a nice day! Or as the Maltese say, Il-gurnata t-tajba!