Last time that I wrote I was expecting my sister to come and visit me, so on this blog, I’m going to tell about our weekend and upload more pictures than usual. And yes, I have my phone!! 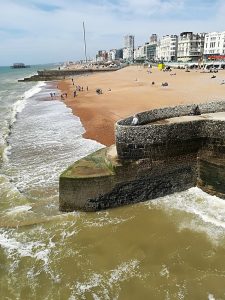 I had a wonderful weekend with my sister, we went to Brighton and did some shopping, and we just love Primark! We walked to Brighton pier had a drinks by the ocean, it was lovely even though it was a bit windy but the sun was shining. 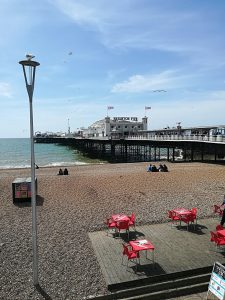 I showed my sister the city of Chichester and went to the Cathedral and saw the Cathedrals garden and then we just walked around the city center and I got to show all the places that I’ve been. It was really nice, I also showed her the place where I worked and we did a lot of walking. Also when my sister was visiting it was the Eurovision song contest weekend and we decided to watch it, because it was raining. First we thought we could watch it in pub somewhere, but apparently the Brits really aren’t so into the Eurovision anymore so we decided to watch it at my place.  It was nice, especially that Graham Norton was hosting it and me and my sister both love him, he is so funny. Only thing that was kind of bad was the fact that we were freezing. I always thought that when people say that it’s cold in Britain and you have to use hot water bottles in the beds I somehow thought that it’s an urban legend.  But let me tell you, it’s no urban legend, it really is cold. The funny thing about it was that I forgot to mention this to my sister, because she wanted to pack super lightly so all I said that you won’t need that much. Oh well, then again I didn’t expect us to stay in the house, but that’s English weather for you. 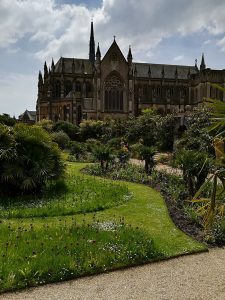 We took the train to see Arundel Castle, it only took us 20 minutes to get there from Chichester, so it was nice and close. The castle was such a spectacular visage, when we walked into the city from the train station and walked towards it.We did this river side walk, which was over 5 km long, because we walked to this pub at the side of the river. We got the gold plus ticket, which got us inside the castle plus we got to see the castle bedrooms.  It was so amazing, all the narrow steps to the guard tower and all the amazing furniture in their bedrooms and it was just so 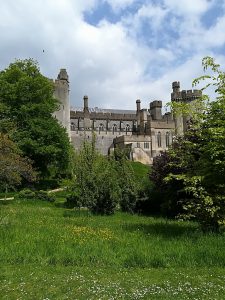 luxurious. The castle grounds were also a sight to see, the garden was big and beautiful. Sadly almost all the tulips were dead due to the weekend before that with all the heat, but still it was gorgeous.  It was Sunday when we went to the castle and on Sunday most of the pubs serve Sunday roast and we wanted to try that. We walked to this pub that had a beer garden and we just wanted to sit outside and enjoy the sun because it did rain on Saturday. Then we ordered the roast but it was all gone, they had been super busy that day and they had none left. We were fairly disappointed but luckily 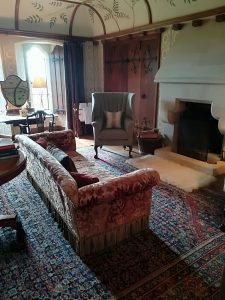 they had other stuff on the menu as well. 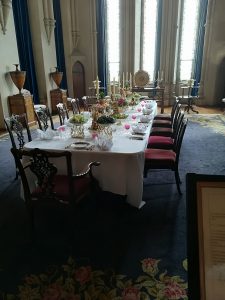 On my sister’s last night I wanted to take her to this nice pub where I had been twice before. First time was the time me and my host got soaked in the rain and mud and this time it was nice to walk there. Of course we had done pretty long walk that day already but I knew this pub was something I wanted to 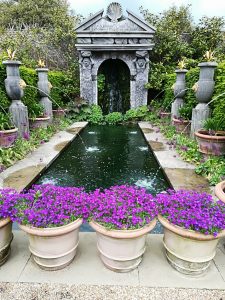 show her and I knew the food is great and they had this huge beer garden ( in Finland we’ll call that a terrace) and the weather was nice and warm so I wanted to take her there. When we arrived at the pub they tell us that they are closing due to staff training. And there we are, hungry and tired and options are to walk back that same route we came, which was 2.5 km in pretty bad terrain, or go even longer way, where the ground is better but cars are driving next to you, or we could order Uber. Guess what we did? Let’s just say that we had to
wake 4.30am next morning to go to the train station so it made the choice a bit
easier. 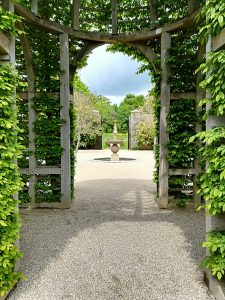 It was just the best that my sister came and see me and all of a sudden this place that I have been calling home started to feel home, but now she’s gone and let just say that I’m a bit homesick. I’m missing my husband and my dogs!!! I have been literally stopping people who have dogs and ask if I can pet them. Now I have a week and a half to wait before my husband comes! I hear it’s nice and warm in Finland, enjoy you all, go to the beer gardens and have one for me! Cheers! 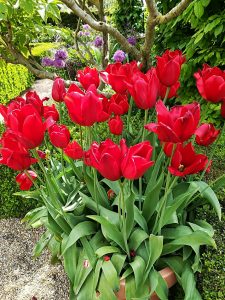