Many things have happened and I’ve been in the Netherlands almost two weeks. So maybe it would be better if I start from the beginning of my trip.

Saturday, the 15th of October was the day I left Finland behind. My flight was at 8:10 in the morning and I was super nervous. Luckily my mom and my siblings were there with me. 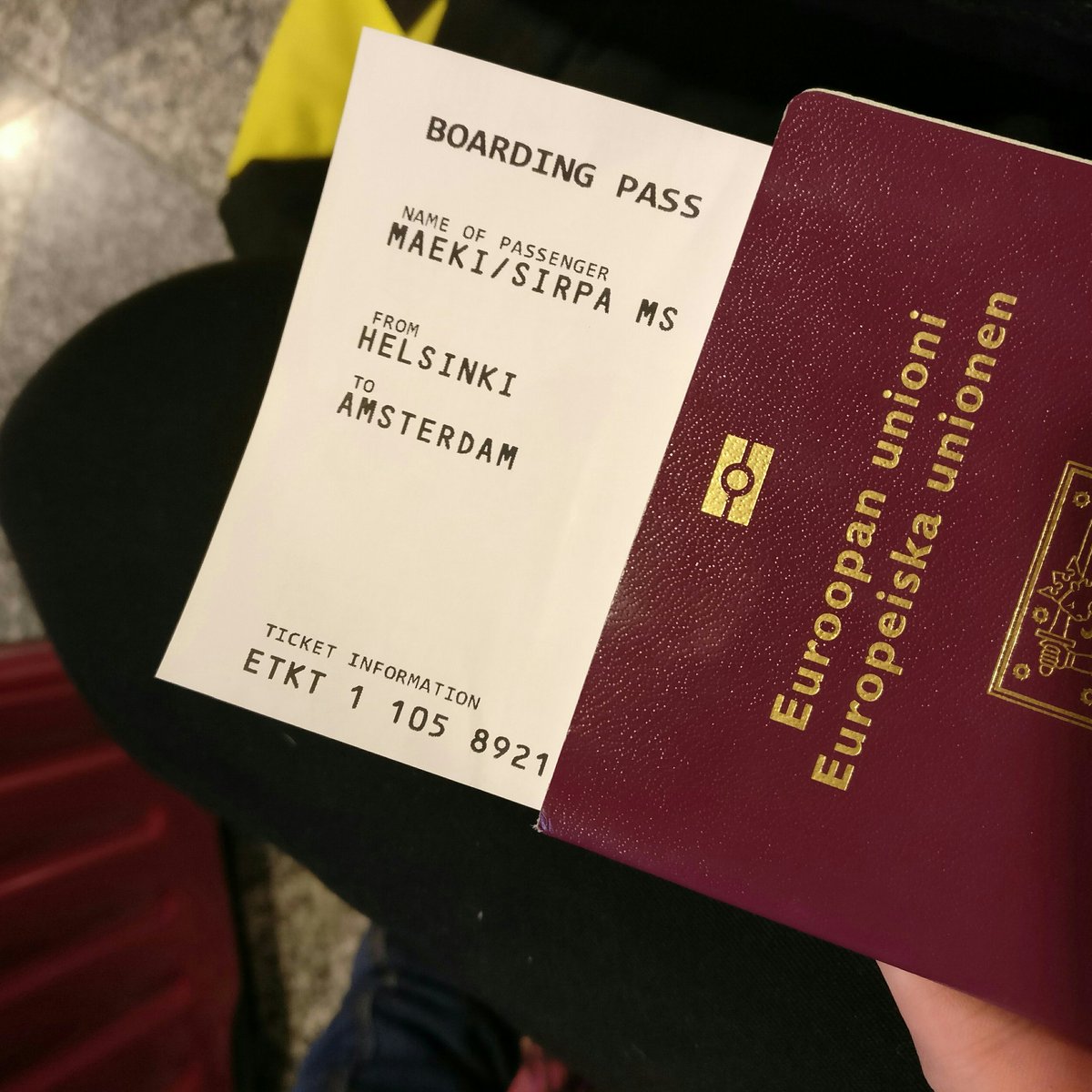 My flight landed to Schiphol Airport and Jeroen had come to meet me. He is a teacher in Heerhugowaard’s Horizon College. Jeroen picked me up from the airport and we drove to the city center of Amsterdam and past my internship place, the DoubleTree by Hilton Amsterdam Centraal Station. After that we went to the Alkmaar railway station and bought the OV-chipkaart, wich is the local travel card. The card works in the train, in the subway and in the buss. Then Jeroen took me to my accommodation and we met my renter Hailu. He was the kindest old man who showed me the apartment and then he made some tea to us. I left my baggage in the house and Jeroen offered that he could go to the grocery store with me. When I got back to my accommodation, I unpacked, made some food and went straight to my bed. I was very tired. Phew! That was my first day.

Luckily Hailu gave me a bike which I can borrow during my visit. On Sunday I cycled to Alkmaar center and De Mare with him. De Mare is a shopping area within a few kilometres away from my house. When we got back to the house I was so messed up because of all those routes we cycled. So I opened Google Maps and searched the shortest way back to De Mare, because I had to buy some food again. I found it very easily, but the way back wasn’t that easy for some reason. I got lost. And because I’m Finnish, I absolutely couldn’t ask help from anyone. I cycled around and around like forever (at least it felt like that) until I finally found the familiar road. I’ve remembered the right way to the store and back very well since that 😀

Monday the 17th was my first day at the hotel. Jeroen picked me up from my accommodation again and took me to the hotel. Then it was time to say goodbye to him.

The first day was only computer works and orientation. I met the head chef, Marcel, and he warmly welcomed me to the team. We also did a tour in the hotel.

It was the first ”real” workday on Tuesday. Chef took me to the tour again and we visited in all the three kitchens (the main kitchen, a little smaller kitchen and the Sky Lounge kitchen with an amazing view to Amsterdam and Oosterdok, which is a great water area in front of the hotel). The day was supposedly quite confusing but it went pretty well. Dutch people have a wonderful way to handshake and greet everyone when they come and leave the work so they know which people are in the kitchen at the moment. I loved that!

When the workday ended, I went to the Amsterdam Central Station and to the platform where the train should leave back to Alkmaar Noord, which is my station. However there was a different train on the platform and I didn’t understand the announcements because they were all in Dutch. People started to gather to the platform and everybody seemed to be a little confused. I finally asked help from some girl (I guess she was my age) and she told me that she is going to Alkmaar too and I could be with her. We tried to figure the situation out and she translated all the Dutch announcements in English to me. So it turned out that someone had hit to the train and that’s why all the schedules had messed up. We had to change the train many times and that took hours. Finally we both made it to the right stations. That’s one example how helpful and friendly the Dutch people are. Without that girl I probably wouldn’t made it at all. So if you ever in any way read this, I want to thank you again for saving my day!

I had my first night shift on Wednesday. My jobs were a lot like cutting, peeling, cleaning and other different kind of assistance things. Thursday and Friday were my first day offs.

On Saturday I worked in Sky Lounge. There was a birthday party for one of the richest Indian boy organized by his family. He turned 25 years so the catering and the settings were in line with that. I had an opportunity to assemble different dishes and also the dessert ones, and I really liked that. The Sky Lounge kitchen is very small, so I was able to speak to my work mates more while working. I’d love to show you pictures from the servings but photographing isn’t permitted there.

Sunday, Monday and Tuesday were kind of ordinary days including cleaning, cutting, helping the pastry team and everything general little things. Now I have Wednesday and Thursday off. On Wed I was in home and I went to the grocery store to get fillings to my fridge. I thought that I’d go to Amsterdam on Thursday. Magna Plaza and De Bijenkorf are waiting for me! (Those are two big shopping malls.)

I think these were the highlights of my two weeks in the Netherlands. 6 weeks left. I know already that I don’t want to go home that soon :’D This country is just so beautiful and the people and everything. I’m in love.

I’ll (try to) write soon again! Until next time,