Weather was most of the time like this, sunshine and a little wind, just perfect!I was waiting for it a looong time. We were supposed to go already in autumn 2014 but it was too late to start all that paper work so we decided with Johanna that we want to go on spring there. It was good decision because there wasn’t so hot as I think at the autumn would’ve been. It was warm yes. It was just right tempature. There was raining about two times in 2 months! I’m jealous!

So when we did get there they welcomed us warmly! We were both ill, snig fly and my voice was so down it sounded like males voice 😀 that was pretty awkward!! After finally we get to our apartment, after visiting Spar(-market) we went to sleep and slept over 17 hours straight ;D Our work was supposed to start 12.6 so we had almost week like a vacation.

I started my first workday alone at 9… It was scary but somehow I was part of group already when Johanna came to work at 13.. They were so nice and kind for us and they were excellent teachers! So patient..

What I did there:

Our day off’s were only bad thing in there. We both had not much day offs at the same times .. But I  understand that because of course they need one of us there when other is off. When I had day off, I liked to go to the beach and shopping and sometimes I relaxed in a bar and talking with my friends in whatsapp if there was a wifi.  I liked to eat out. There was such a good foods and so cheap!! I was shocked when I was back in finland and went so s market and couple things was something like 11€ I was like I could buy so many else things there in this price… But i got to used to this even its hard 😀

Next to the Mogan Valle was hotel named Mogan Playa. There was a nice girl as a trainee, about my age. Her name is Elena and she is from Germany. We got to know each others because she lived at the apartment near by us and she was always in the same bus-stop. She speak very good spanish and she wanted to help us with the police station because polices doesnt speak english in there. At least that much that we could got our NIE numbers. (By the way, we got our NIEs last week there ;D But we also got money last day because they had some problems with that. I dont know but it doesnt matter anymore. 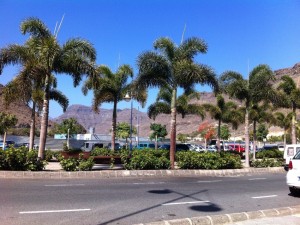 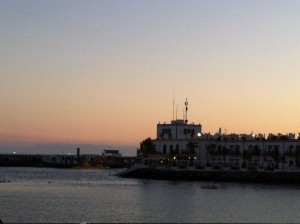 Weather was most of the time like this, sunshine and a little wind, just perfect! At night the weather was colder but the view was fantastic!

What I think I learned in Gran Canaria:

It was heartbreaking to leave that place but I have a plan to go back to Spain, I just dont know exactly where! 😉