During our second week in Ústí nad Labem Heikki fell sick so he could not work. at KONE i was working in machinery/production department. I worked with metal bending/punching machines. During my freetime i spent some time with our friends from here. il add some pictures here 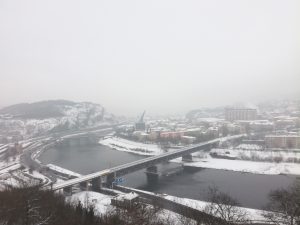 Usti seen from a nearby hill

The trip to Usti went mostly well. We had some problems in the metro of prague but we solved them easily. Now we have been working at KONE factory in Usti. It has been interesting. The employees of the factory have been very kind and helpfull to us. At our freetime we have spent a lot of time at the centre of Usti. I will add some pictures here 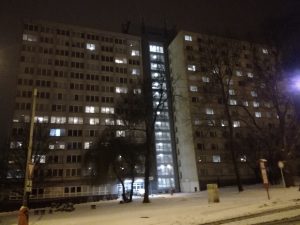 So… We had a very nice trip to the Czech Republic to a city called ustí nad labem and we met so many awesome people there. It really was really an amazing and educational trip. the city of ústi was absolutely beautiful, it had some “not so good areas” but there were so many mountains that there was always a great view anywhere you looked 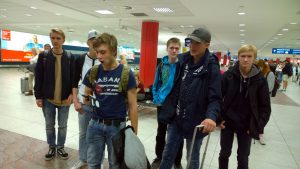 This is us at the Prague Airport. There were 7 of us altogether. 6 students and our teacher.

There was 1 third year student and 1 ICT student with us, so not everyone were from my class

On our first night we got to our dorm, we were all really exhausted and went straight to sleep. The beds were hard and squeaky, but the pillows were as huge as the door which was nice and really helped to get you to sleep. On the next day we woke up early in the morning and went to study the area that we lived in, it was ghetto as hell but still kind of nice. Our so called “guides” from the schools that were going, warned us about the gypsy families living in the area. They told us to be careful at nights because they have always been a problem there.

The same day we met our first Czech friends Lukás and honza, they were awesome. They did everything with us and we also met other great people thanks to them. We did basicly everything with our friends. We went to the mall, bowling, mcdonalds, teahouses and everywhere. The teahouses were awesome. We were so mad about not having teahouses like those in finland. They looked like someones home from the outside but inside they were really nice and big, they had huge couches everywhere and there always smelled really nice. There was always like a group of 20 people with us in there, i mean we made so many new friends there and it was just great. 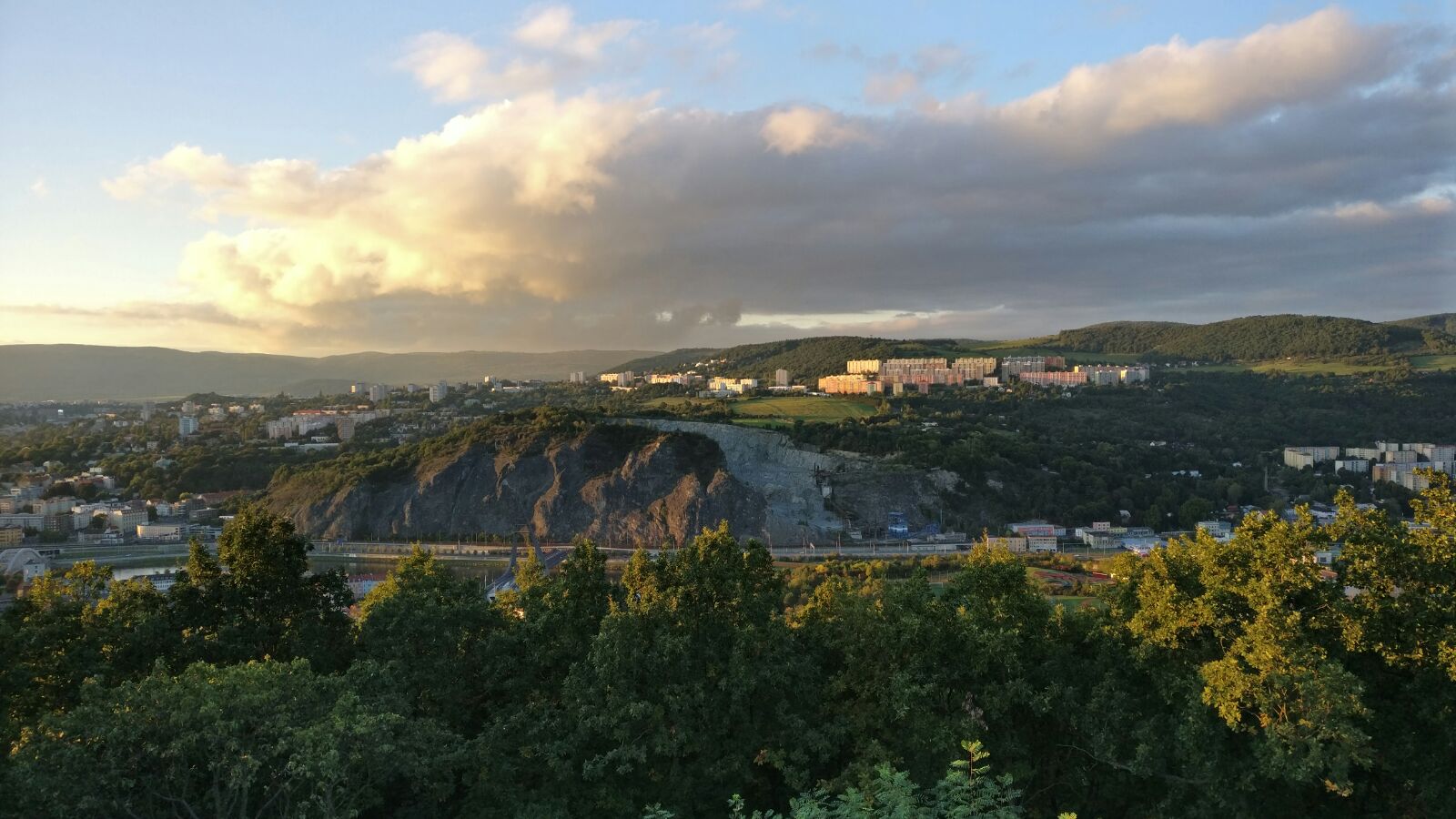 We also went sightseeing many times with our friends, there were a lot of sightseeing towers in ústí. Here is a picture from one of them

Of course we also went to school there. On the first week we did some basic electical installations, the same kind we did in our first year at our school. We also did some electronics and such.. the teachers didnt speak english very well but luckily we had translators from our class Jakub and Daniel.

On our second week at school we did dome pressure air systems called pneumatics and some metalwork.

We visited in the Czech Republic with 5 other students and our teacher. We started our school week in one of the local schools. We did some basic electricity exercises and made few new friends. The whole school week was really fun and little bit different from our school weeks. At the weekends we hang out at mall or around the city we our local friends. Next week we went to the other school and did some hydraulic piston exercises. It was really great experience! We made lot of new friends and had lot of fun with them. Every one was bit home sick and quite tired after two weeks. It was nice to come back to home and still bit sad because we had to leave our new friends. It was worth it to go there and great practice for English language skills. It would be nice to see some of the local friends again some time! 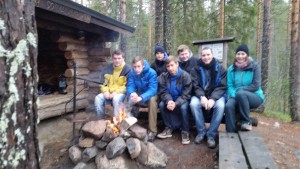 At the first week they have learned a lot from Finnish forestry, forest certification and manual working in forest. 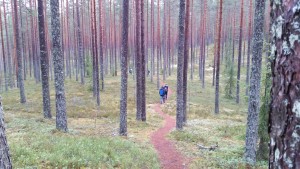 Quiet, cheerful and rhytmic humming Hi, Ho, Hipiti, Ho break the silence in Leivonmäki National park when we was hiking there at Thursday. 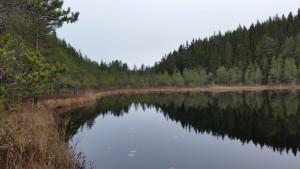 We stoped there and listened the silence of our nature. 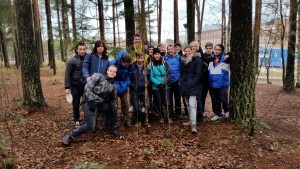 Saturday we visited in Jyväskylä and have a really fun day! We taked also the eletrician students with us to enjoy life in Jyväskylä. Students found also two geocatch from the Jyväskylä Ridge (Jyväskylän harju).

After walking tour and looking scenery from observation tower of Vesilinna we walked to a tasty lunch. Students and also Techers Blanka, Hana, Kari and Dormitory Supervisor Riikka eat with heartily!

Be Curious and Brave, be International!

It has been a while when we last time wrote a blog.

Time has went really fast and now is time to go home.

Three weeks ago we were in local vocational school with Jussi. Students made a presentation about Ibiza and cooked local foods for us. One day later we went to the old town (Dalt Vila), where students gave us a tour. They told about history and important places.

In the last day our work mates offered foods and drinks and gave us few gifts.

There is a group of eight Czech IT-students from Stredni prumyslova skola Usti nad Labem – Stribrniky visiting the electrical engineering department of Jämsä College. The visit lasts for two weeks between 9 and 20 November.

Read more about the visit in the Electrical Engineering students’ blog here (mostly in Finnish).

I was in Spain and more specifically in Ibiza which is part of Balearic Islands. Two electrical engineering students to do their on-the-job learning in Ibiza Town. Catalan is most spoken language in Balearic Island, so on many places can see name Eivissa, what is Ibiza in Catalan. 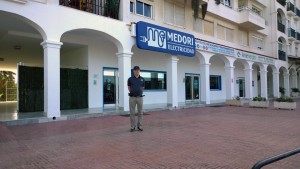 Students start their on-the-job period on end of September and they will come back after 8 week on mid-November. Student’s wok in local electrical company Medori Electricicad and they just do normal electrical installations like in Finland. 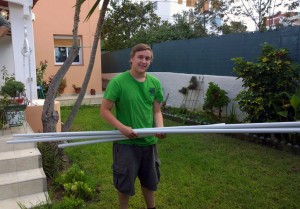 Here is Mikko and he just doing installations on local house. They will change main connection from 3-phase to 1-phase system. In Ibiza it is usual that houses use 1-phase system, because they don’t have a devices what need 3-phase system (like sauna heaters). 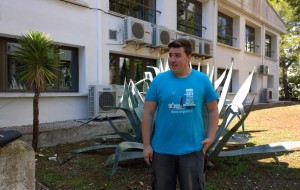 Here is Aleksi and he was tearing down old installation in local adult school. After that they will install new electrical appliances there. 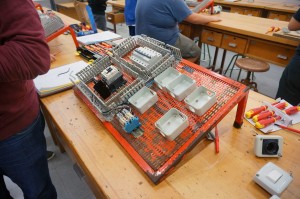 Here is picture from local school and its electrical engineering workshop. Students in workshop made direct on like starter for motor. Miniature circuit breakers (MCB), contractors, overload units seems to be same kind what we use. The local students was friendly and only few of them spoken English.

Here we are on Dalt Vila (upper town) what is old town in Ibiza town. Tourism students give as a guided tour in Dalt Vila. The tourist season in Ibiza was over, so there was pretty quiet. But weather was nice, sun shine and temperature was in the daytime 20-22°C and in the evenings about 15°C.

Everything has went very well.  While ago we moved to new flat and it’s very nice. Location is little bit better than the old. Grocery stores, city and the work place are closer now. Here lives the owner of the apartment and her son with us.

Last week we visited local vocational school. Dani showed school to us and introduced us some students. 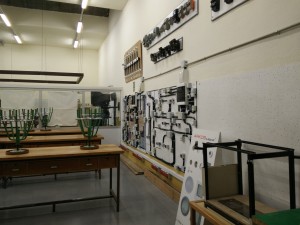 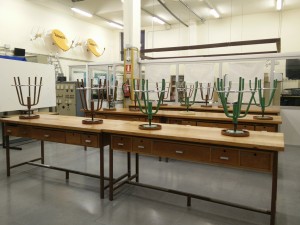 Our second week went as good as first week. there were lots of work to do and time wnt fast.

We installed new sockets and lighting outside of the apartment 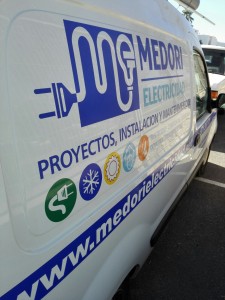 This is one of Medoris cars 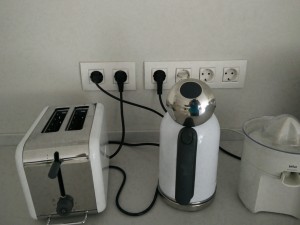 New sockets which we installed to expensive apartment.