So today our last week started and I am pretty exited to come back home but same time it’s kind of sad because I am gonna miss this place and people here. But lets get to the point.  Since last post at work we have been filling in the customer wallets and counting all ready past tours feedback forms. Last week at Wednesday we also got to know the Valletta’s branch and we  were taught how to make the reservations and stuff like that. It was really nice  because the people there were extra friendly and the customer were so laid-back. We were there also today but we didn’t work whit customers this time. So we have learned again something new.

At Tuesday after work we went to Lascaris War Rooms and Saluting Battery. It is a war museum and it consist of an underground complex of tunnels and chambers that housed the War Headquarters from where the defense of Malta was conducted during the Second World War. This secret complex contained operations rooms for each of the fighting services from where not only the air defense of Malta was coordinated,  but also some of the greatest battlesfought in the Mediterranean during the war. It was really interesting because we don’t know much about Malta’s history. We also witnessed a cannon shot in Saluting Battery it was pretty impressive. 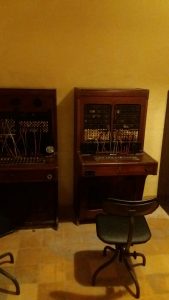 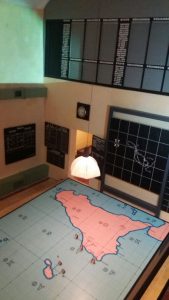 At weekend we toke really easy. At Saturday we went to the beach in Sliema but we weren’t there so long because we were to near at coast and one bigger wave wet our towels. 😀 After that accident we just hanged around in Sliema. In the evening we went to see our boss’ band gig. It was awesome and you can check their Facebook profile at this link Decline The Fall !