I was working at one weekend and I was in Sevilla tour. Sevilla was very awesome place to see and learn new things. In the tour we visited on Maria Luisas park, Golden Tower, Barrio de Santa Cruz and in the Cathedral. Tour takes whole day but it was 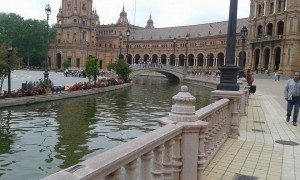 worth it. In the Maria Luisas park was many water falls and ponds where was lots of ducks and swans. We also saw many couples who were takes they wedding photos in the park because there was so beautiful environment. The Cathedral was most beautiful Cathedral i had ever seen. It was big and there was so much things to see and learn and we also clime up in bell torn it was maybe 25-30m hight and the view was amazing !  At least we had some free time and I walked around the city and watch which kind of city Sevilla was  🙂 and it was very nice and architecture was beautiful. And also make lil shopping tour. 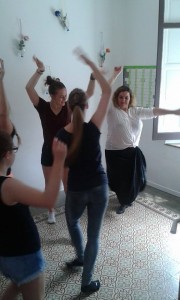 Then I was also in  salsa dancing lesson 🙂  That was lil easier than flamenco dancing and it was very fun ! 🙂 Salsa dancing is from Cuba but Spanish people like to dance it. And the teacher was again one of our normal teachers in this school.  We have very the multi-talented people working here. I didnt take any photo about it but I found one video in Youtube which is filmed in this school.

And finally i was in Malaga tour also. The tour was really nice 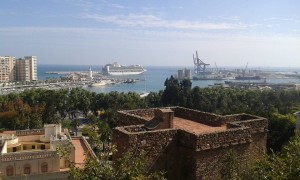 and even i had live here already many weeks i get known new things in that tour.  At tour we visited on big cathedral on Malaga city. We also saw some Semana Santa things and the guide tell us about it. Then we make a little walk on Malaga city and last we visited on Picasso art gallery.

Something about my freetime 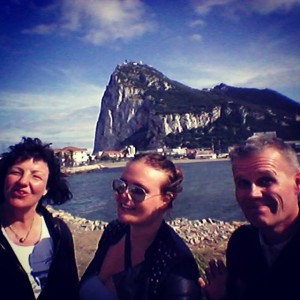 So my parents came to visiting me ! 🙂 They live in hotel in area named Benalmádena its like 30km from Malaga centre but they had rented a car so moving is easy ! 🙂 At weekend i was in Gibraltar with them, we spend whole day there and it was very nice ! Gibraltar is very interesting place everyones should read about it and about history of Gibraltar. So we walked in that main street and get known about that city and then we went in tourist tour by minibus,

its cost 30€/person and on that tour we saw Hercules pilar, staligmate cave, place where monkeys lives and military cave which had made for first world war. So it was very nice place and good place to spend one day ! 🙂 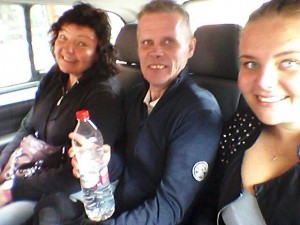 So everything is better than good ! 🙂

2 thoughts on “So much everything !”