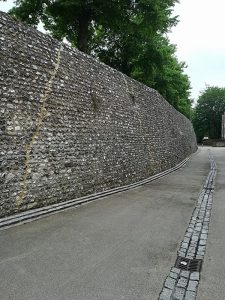 I have done a lot since I last wrote. As you all know my husband came to visit me, so I went to see him at the airport because every minute counts! I was so excited, that when I finally saw him walking from the arrivals I was literally jumping for joy and as soon as I could I just ran and hugged him, might have shed some tears of joy. But I was so happy! Our bus to Chichester wasn’t due till later so we got ourselves some breakfast and I saw that he had a Novelle water bottle with him which had maybe like 0.6dl of water inside and I asked him if the water was Finnish or did he refill it at the airport in here and he said that it was from Finland and I just sunk it down my throat. And let me tell you, it tasted sooooooooooo good! I have been traveling a lot and I must say, the best water comes from Finland. Period. 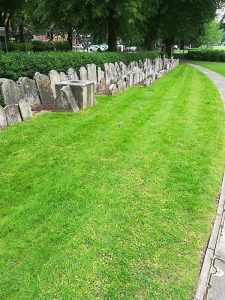 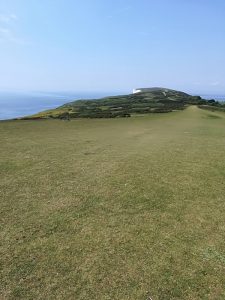 Weather was good and warm, but apparently really muggy and humid according to my husband, but I was glad that it didn’t rain, because the weather forecast had promised thunderstorms but luckily it only rain during night time, or not at all.  I showed him all the places in Chichester and we did a lot of walking. I showed him the wall that we have here, which was built by the Romans, we also walked through this old cemetery, well at least it used to be a cemetery and now the old tombstones where put to the side on couple of rows. I took him to the same Arundel Castle as I took my sister, but I knew he would enjoy it as he did. We also happen to be there at the same time as they had a re-enactment of a siege of the castle. 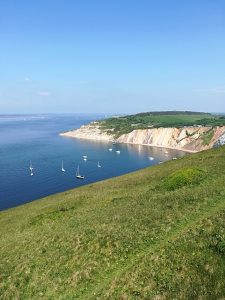 We took a little trip to the Isle of Wight. We were thinking of going to see the Osborne house which was Queen Victoria’s and Prince Albert’s summer home and rural retreat, but since we only had that one day, we knew that we would enjoy the sceneries more so we decided to see the coast line. It took us 1 change of train, 1 ferry ride and 3 change of buses to get to Freshwater Bay where we walked the coast line all the way to The Needles. Well, we didn’t walk to the tip of The Needles, because we wanted to see the white chalk rock formations. There was a chairlift down to the beach, but we decided to walk down because the lines where so long at the top and and took the chairlift back up instead. Oh, and it was a bank holiday plus midterm, which meant that the kids had a holiday week so pretty much all the families where there vacationing. There were people everywhere, even Arundel Castle was full and we had to wait in line to go inside the castle. But I must say Isle of Wight was beautiful and I think we might go there again, but definitely we must book a hotel and stay over a few days. 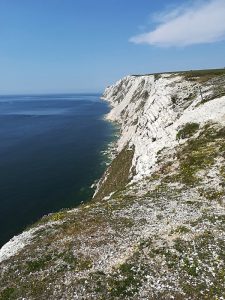 On early Wednesday morning my husband went back home and left me here, it was so great that he came to see me here, but it just made me more homesick. I got exactly 2 weeks left, and then I’m flying home to my family. I do have plans for this weekend though, and I’m going to make the most of the time I have left. I have a huge bag of candy of all the people I’m working with which I’m going to bring to work on my last day, I also planned baking pulla, and hoping those will succeed, I’ve had some bad experience baking stuff in foreign places and it’s usually catastrophe. Until next time, see you! 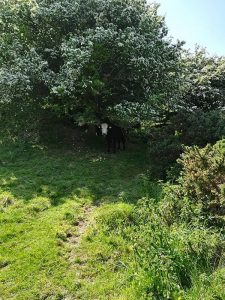